The U.S., Canada, and Mexico had a united bid from North America to host the 2026 FIFA World Cup. This 23rd FIFA World Cup will be contested by 48 national teams of FIFA’s member associations. The tournament will be held in 16 cities of the three countries. There will be a total of 60 games played, including quarterfinals, semifinals, and the finals will be held in the U.S., while Canada and Mexico will host 10 games each. This will be the first time that three countries are jointly hosting the tournament.

These countries won the bid by beating a rival bid made by Morocco during the vote decided by 203 members of FIFA which was held during the eve of the World Cup in 2018 in Moscow, Russia. The U.S. won the tally by acquiring 134 votes against 65 votes for Morocco.

The last time the United States hosted the tournament was in 1994, and Mexico first hosted it in 1970. Both times, the tournaments were the most attended World Cups ever. Being a host of a FIFA World Cup is an extraordinary privilege and honor. At the end of the voting event, FIFA sitting President Gianni Infantino from Switzerland – who replaced former president Sepp Blatter two years ago, indicated his intention to seek for reelection.

History that will be made during the 2026 FIFA World Cup:
The 2026 FIFA World Cup will be the first that is hosted by more than one country since South Korea and Japan hosted the event in 2002. Additionally, Mexico will become the first country to host or co-host the tournament three times, having hosted it in 1970 and 1986. Teams will be expanded from 32 to 48 during this tournament.

How the votes were tallied:
Due to various years of scandals, FIFA sought to make amends by conducting a more transparent and open voting process. After tallying of votes, they revealed how every country had participated in the voting process. For instance, the countries bidding to host the tournament didn’t participate in the voting process; neither did territorial countries close to hopeful host countries such as the U.S. Virgin Islands and Puerto Rico. Among the countries that voted, some of the votes stood out. France, Italy, Netherlands, and North Korea voted for Morocco.

Before the votes were cast, FIFA evaluated both bids, indicating that it gave the North American countries the decisive edge due to several criteria including transport, accommodation and the stadiums.

How having three host countries work:
There will be 16 cities hosting the tournament eventually. Presently, twenty-three cities are bidding to become one of the selected host cities. Canada and Mexico will each host 10 games in three stadiums, and the U.S. will host 60 games in 10 stadiums.

Canada and Mexico will host seven group matches each, two games in the round of 32, and one in the round of 16. Further games will take place in the U.S., from the quarterfinal stage onwards. The MetLife Stadium in New Jersey will host the final.

Based on the bid document, on the opening day of the tournament, three games could be held, featuring the host country – one taking place in each country. One advantage of having a joint three-nation bid is that each city intending to participate has already built stadiums which are operational to average capacity, and could be used even after the event. Morocco, on the other hand, involves the risk of having to build nine new stadiums to accommodate the tournament. 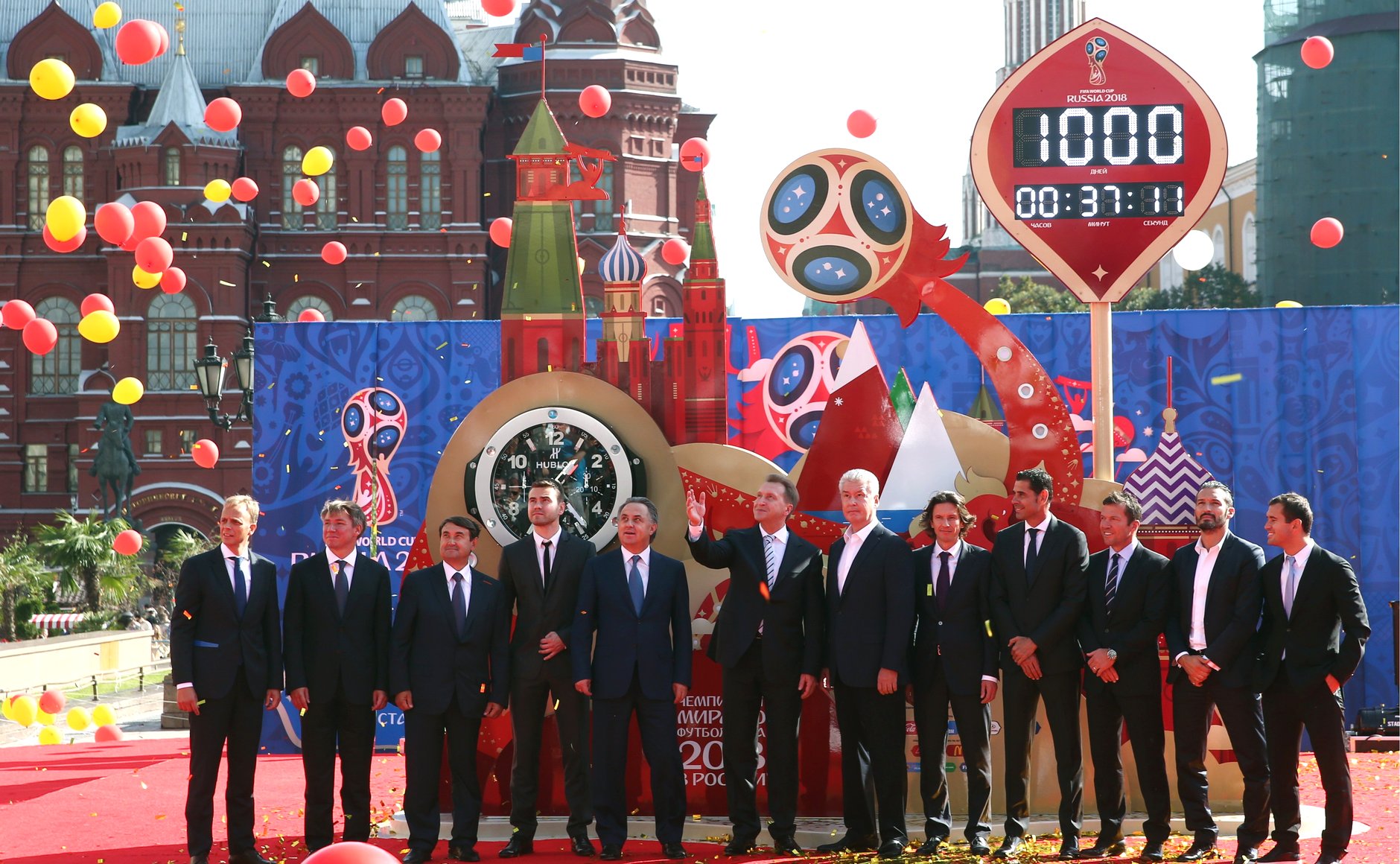 Teams participating will be divided into 16 groups having three countries each. The first and second teams in each group will go on to the next round, which will be the knock-out phase of 32. This means that after playing two games, 16 countries will be eliminated, and this has drawn criticism from pundits, claiming that a group consisting of only three countries will create unbalance.

Also, others argue that some teams will be at a disadvantage if they do not feature in the opening day. 16 countries will play against teams that have already played. If that team lost their opening game, they will know that they need to win to stand a chance of progressing, and if they won, they will know they only need one point to move on. It will be much better for every team to begin with zero points.

People who support the addition of 16 extra teams to make it a total of 48, say it adds an extra of 16 games and doesn’t have much impact on the days the tournament is played. Some things will be the same as if it was with 32 teams, such as the fact that the two finalists will have played 6 games each, and each team will have at least three matches in the tournament.

This new process involves a World Cup playoff tournament. Expanding the competition to 48 teams has been the key aim of the FIFA President’s policy. It creates more places for other countries to participate, including teams from Oceania. The new spaces allocated will be as follows:
• Europe – 16 spots (initially 13)
• Asia – 9 spots (formerly 5)
• Africa – 8 places (up from 4 and a half)
• North and Central America – 6 places, with three hosting the competition (formerly 3.5)
• South America – 6 places (formerly 4.5)
• Oceania – 1 place (formerly 0.5).

Additionally, two final spots will be available for the World Cup play-off mini-tournament. The idea is that at least one country from every confederation has to participate. Presently, it is unclear how that will affect the Confederations Cup event.

History of the host countries in World Cup tournaments:
The United States: They have participated in several World Cup events, with their best result coming during their first appearance in 1930, where they finished in third place. After the 1950 World Cup where they upset England to a 1-0 victory, they were absent from the event till 1990. Since then, they have participated in every World Cup, until 2018 where they failed to qualify.
Mexico: Mexico has participated in the competition for a total of 16 tournaments since its inception in 1930. Although they failed to qualify for the event in 1934, 1974, 1982; and withdrew from the competition during the 1938 event in France, and were banned in 1990 for having players who were over-aged in the 1988 Olympic Games. Mexico holds the record for the most second-round appearance, along with Brazil.
Canada: Their biggest achievement was when they won the CONCACAF Championship in 1985 to qualify for the FIFA World Cup in 1986 and winning the same competition in 2000 to qualify for the 2001 FIFA Confederations Cup. Apart from the United States and Mexico, Canada is the only team to win a Gold Cup. Their only successful qualification in their history was during the 1986 World Cup.