One way or another, you may have encountered a face that looks eerily familiar, but you just can’t place where you’ve seen it. You rack your brain as hard as you can only to realize that hey, that person actually looks like a celebrity. Well, with billions of souls currently living in the planet, and with hundreds of billions more who lived before us, there’s bound to be someone who was alive at one point in history who looked similar to someone famous today.
Here are just a few famous celebrities with historical doppelgangers.

Eddie Murphy and an unknown man

You’d think Eddie Murphy was an immortal vampire, or just really into photographing himself with a vintage camera if you put his picture next to this unknown man.


Eddie Murphy is a well-known comedian, actor, singer, screenwriter, and producer. He started his career as a comedian doing stand-up in the early 1970s. He cited that listening to Richard Pryor’s albums when he was 15 was what inspired him to do comedy. 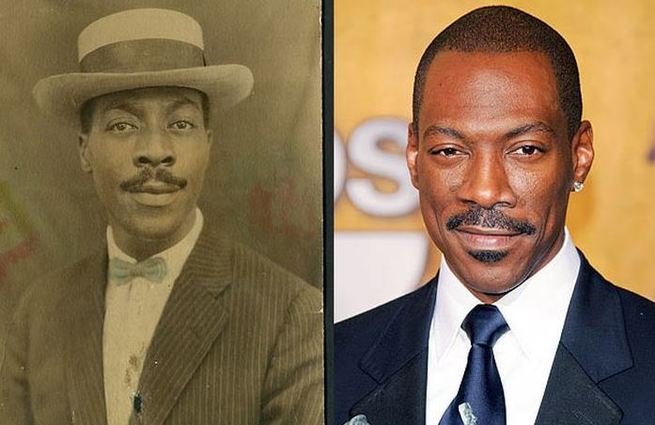 
He also became a regular cast member on Saturday Night Live and was cited by his fellow actors as someone who breathed fresh air into the show during the 1980s. Aside from his work in film, Eddie Murphy has also done the job doing voice acting, as well as having a prolific singing career.