Peter Dinklage and Sebastián of Morra

Peter Dinklage stars our next item on the list, and alongside him is Sebastián de Morra, the court jester of Philip IV. While there aren’t any other records of Sebastián elsewhere, the portrait done by Diego Velazquez does offer insight into how he looked, and he looked just like Peter Dinklage.

Peter Dinklage is an American celebrity who has made a considerable number of starring roles in both film and television. After debuting in the film Living in Oblivion in 1995, he went on to star in several films, including Underdog, Penelope, Pixels, and more recently in Avengers: Infinity War. 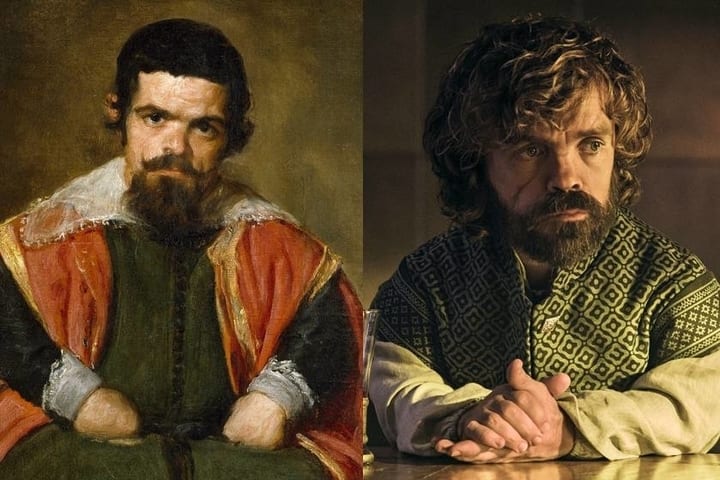 Advertisement
He is well known for playing the role of Tyrion Lannister in HBO’s acclaimed TV series Game of Thrones, for which he has won a Golden Globe.
PrevNext