After a decade long journey through 75 hours of watch time, Game of Thrones series has come to an end. The 8th and last season of the show, consisting of 6 episodes, tried to tie up most loose ends. The final series was subject to mixed reviews, criticizing the motivations of characters, their choices, the plot holes, and the overall dissatisfactions of their favorite characters dying. Or the hated characters not dying in a spectacular or grandiose way.
We, however, decided to focus on the things you might have missed, the theories behind the characters’ choices and motivations, and try to provide another perspective to the events of the last season. We scattered across the web, watched and re-watch the series, cross-referenced with the books (the ones that were finished, anyway), and came up with this list of the best and most intriguing conspiracy theories of Game of Thrones last seasons.
Be warned, as SPOILERS ARE AHEAD.

One of the most discussed topics this season, with regards to Bran, was that he didn’t use his warging abilities in a proper manner when he could have helped his fellow men on numerous occasions. The only time during this season he did use his powers, was to warg into some ravens and do some recon work during the battle of “The Long Night”. What did he saw? Some white walkers. With whom did he share thing intelligence? No one. It seems odd, not to say stupid, to waste such a valuable power in such time of time, when two epic battles that will decide the fate of humanity, are taking place.


But what if Bran did use is powers off-screen? There are numerous discussions exploring the possibility that Bran warged into Drogon, Daenerys last surviving dragon, and caused him to burn down King’s Landing and the Red Keep. His motivations can either be selfish, he just wanted the Throne for himself and the North to be a free and independent Kingdom. Or more likely, he knew that Daenerys is evil, just like her father, and he knew that the only man that may have the opportunity to kill her is Jon Snow. Snow is the only one who could get close enough to Dany, as she loved him, and Drogon, her personal bodyguard, would not kill him because he has Targaryen blood. 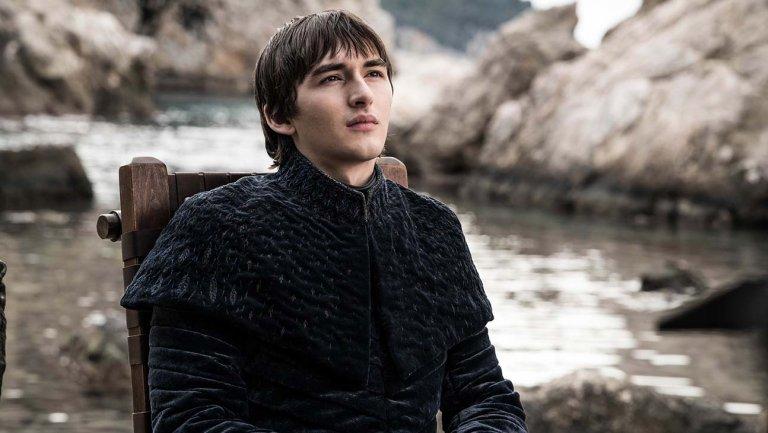 credit: distractify, HBO
How can you make an idealist and a man-of-honor like Jon Snow kill and his Queen, his lover, and his aunt? By making exposing her for the monster that she is. Jon’s “sisters”, Arya and Sansa, tried to warn Jon the Daenerys is not the be trusted, but he refused to listen and stayed loyal to his queen. Just like his father figure, Ned Stark, Jon is characterized as a man of honor, a man with a moral code, who has indefinite loyalty to his Queen. Therefore, drastic measures were required.